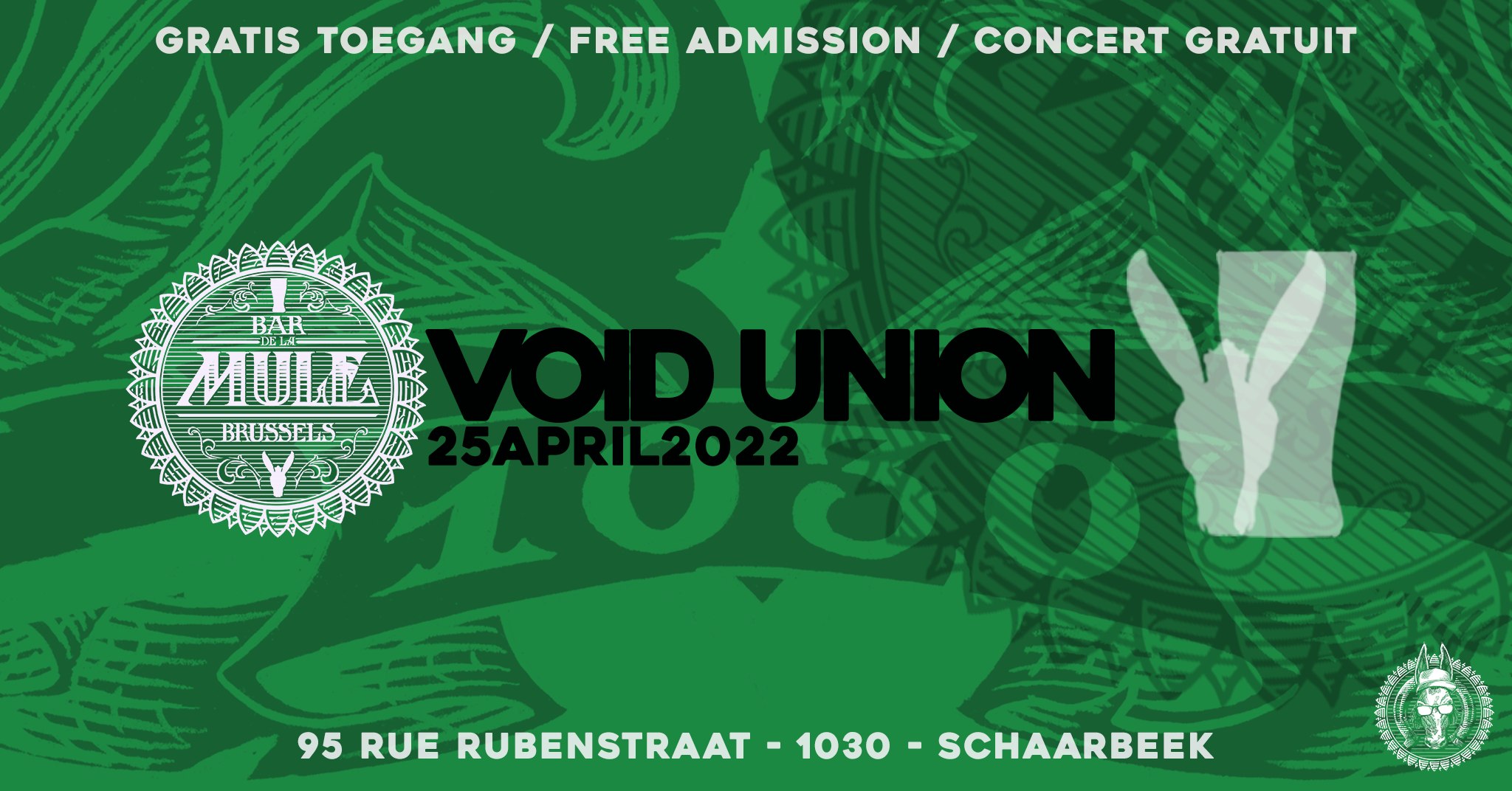 THE VOID UNION (us/boston/massachussets)
The Void Union has a simple mission statement: preserve the Jamaican music of the 1960’s, collaborate with Ska’s originators, and actively recruit guest players from the ensembles that have proven equal to the task of reinventing the genre.
The musicians in the band have been in the scene for many years and participated in other projects such as Westbound Train or The (Brooklyn) Attractors. They also have collaborated on each of their records with many a great name in the scene such as Dave Hillyard, Mr T-Bone, Junior Thomas, King Django and more...
Don't miss out on this one !!!
→ https://www.facebook.com/voidunion
→ https://voidunion.bandcamp.com/
✔︎ FREE ADMISSION
✔︎ GRATIS TOEGANG
✔︎ ENTRÉE GRATUITE
Brasserie & Bar de la Mule ♞
95 rue Rubenstraat - 1030
Brasserie Concert, Afterwork's & Food.
Booking → jyve@tutanota.com
▶︎ Avec le soutien de la commune de Schaerbeek, Muzik 1030 Bar, Brussels Live Music Bars.
+ Ajouter à Google Agenda+ Ajouter à iCalendar