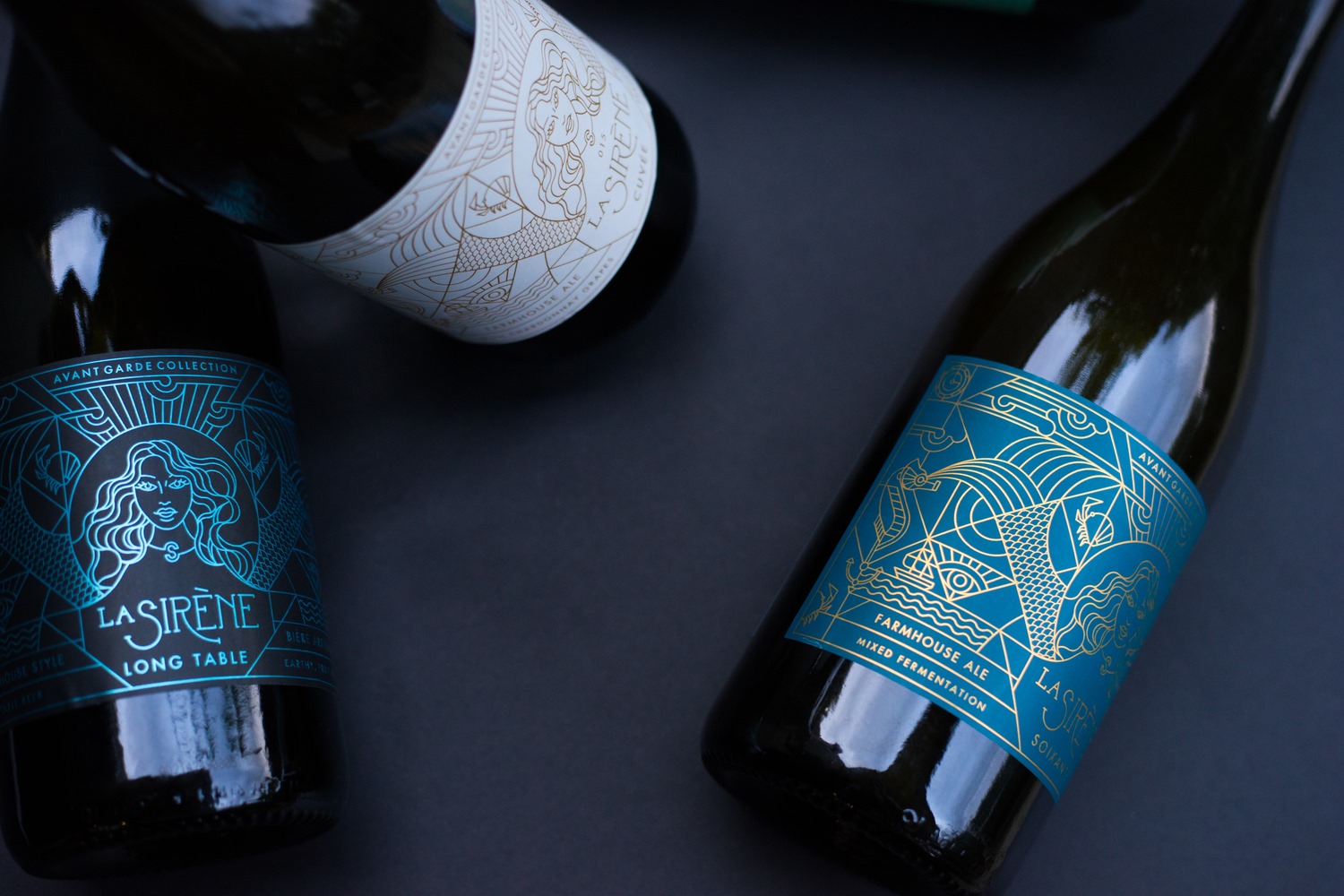 We go every year to the Carnivale Brettanomyces in Amsterdam, a semi professional beer festival dedicated to bretts and sours and “La Sirene” beers were one of our highlights this year. Costa, who is based in Melbourne, Australia, makes absolutely fantastic saisons and sour beers. When he told us that some of his beers were on a boat to Europe, we felt we had to find a way to bring them to Brussels. The amount of work put on the barrel aged beers is insane but it has a direct impact on the final product. For this night, no tap takeover, there will be only 2 of his beers on tap and 8 by the bottle. Quantities are limited (12 bottles only for most beers) but the barrel aged beers will be available by the taster as well, to make sure everybody can have a go.

4) Paradoxe – 5% Classic grape characters and juicy yet tangy green fruits dominate with the bracing acidity that delivers a dry, creamy and refreshing finish.

7) Wild Wit – 4,8% The Wild Wit is a Farmhouse Style White Ale that was laid to rest back in 2015 in premium Burgundy barrels which previously had Chardonnay in them. After a secondary then tertiary fermentation, they hopped this farmhouse White Ale with wonderfully tropical Galaxy to give it a new-world edge.

8) Cuvee de Bois – 6,2% Barrel Aged Wild Ale with Chardonnay - Cuvée De Bois began as an open fermented Farmhouse Ale, that was co-fermented with Victorian "free run" Chardonnay and left to naturally sour for an extended period. To the young fermented beer, they blended 2 x selected barriques of 2013 & 2014 Saison that had been barrel fermented and aged on chardonnay lees a modern day ‘Bière De Coupage’ technique where young and old beer is blended. Cuvée De Bois was laid on its side to mature and naturally carbonate using indigenous flora for the last 8 months.

9) Reserve Saison – 7% Saison vintages aged in Burgundian Barriques and Hogsheads since 2015 and 2016. The Reserve Saison displays generous oak character and balance with ethereal yet rustic notes of the indigenous wild yeast residing within the walls of their brewery. The Reserve Saison is the ultimate expression of their site and House Style, imparting a sense of place, time and season to this wild ale.