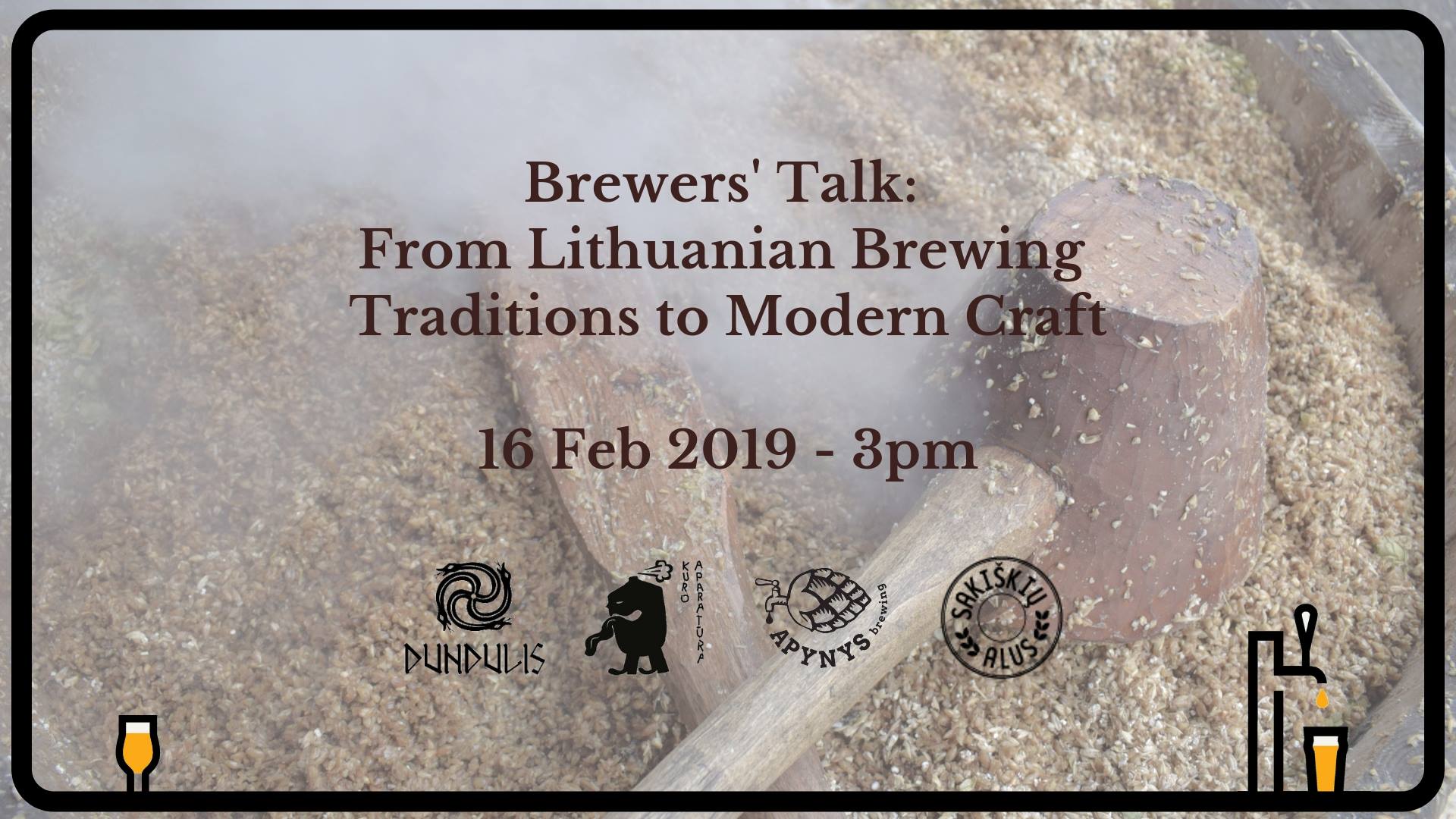 During our Lithuanian Craft Beer Weekend: 20 beers on tap!, we've invited the brewers to have a talk on the Saturday afternoon with the public. Lithuania is a country with a long tradition of beer like Belgium, Czech or Germany. It was dominated for long by small farmhouse breweries, a pattern you observe in the Baltics and in Scandinavia. Some very unique styles were produced (and are still produced nowadays) in the country such as Kaimiskas or Keptinis. Recently, a modern craft beer scene (using new world hops and brewing recently developped styles) emerged in the country.

We suggested the brewers to talk about their experience, the styles they decided to brew (old traditions vs modern) and what could make Lithuanian beer distinctive. Free event, no previous brewing knowledge required, just curiosity!