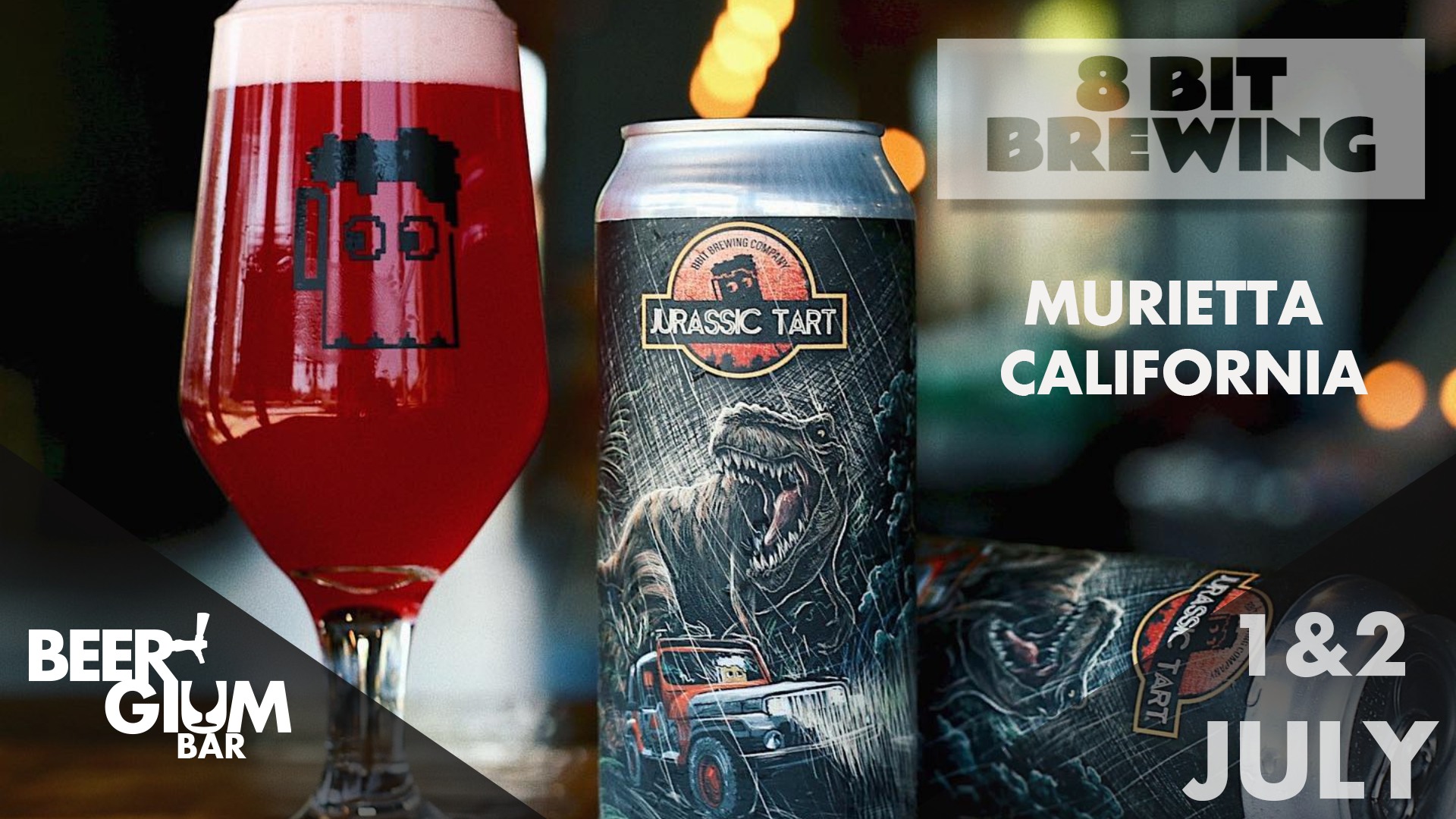 Straight from California, 8 Bit Brewing
One of the beloved breweries we were able to visit a couple years ago
Juicy IPA's & Heavily Fruited Sours, packed in incredible artworks around games and movies themes
Nothing less than 10 beers on tap for an insane Tap Take Over!!!