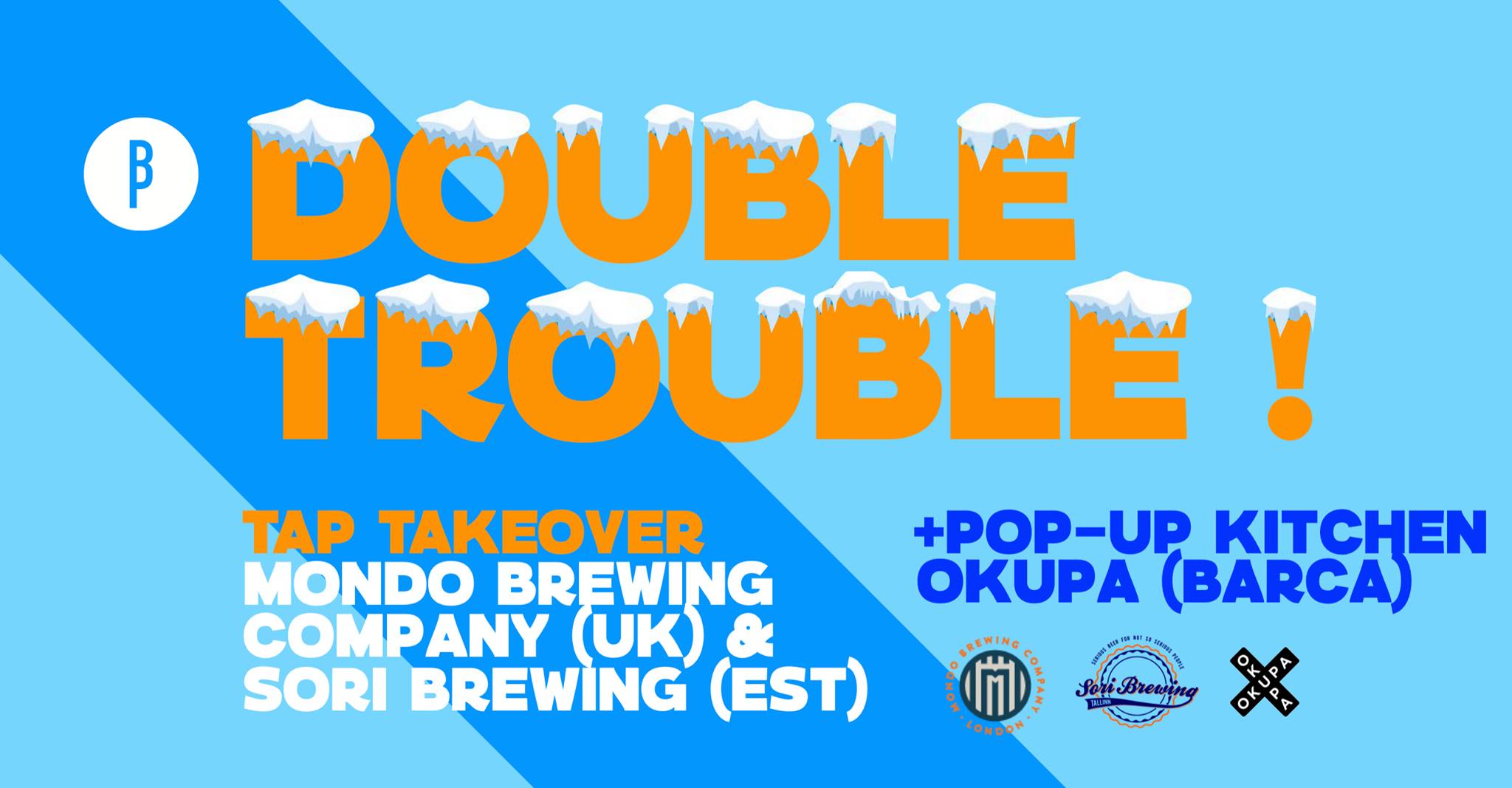 Hey all! It's been a while since our taps were taken over! It's rainy so let's make it cosy inside! For the occassion we have 2 exciting breweries AND a pop-up kitchen from Barcelona to supply you some top notch food! Let me introduce you to Mondo Brewing (UK), Sori Brewing (EST) & Okupa(ESP)!

Mondo Brewing (UK) //
Todd Matteson & Thomas Palmer started homebrewing in the mid-2000s and launched Mondo in 2015 in Battersea, London. With an international team and inspiration from around the globe, they understand our affinity for Wanderlust! Here are the 5 beers they're bringing over:

Okupa (ESP) // Menu TBA!
OKUPA is composed of chefs, sommeliers, mixologists and communicators from Barcelona who, through mutual collaboration, seek to achieve a single goal: to create an experience for their guests. This homogeneous group of lovers of gastronomy, has a carefree staging, but careful to the smallest detail, always looking to take the concept to another level. Out of the norms and restrictions of haute cuisine restaurants, oKupa offers a nearby service, and displays its particular ephemeral dining room by squatting restaurants and unique spaces.