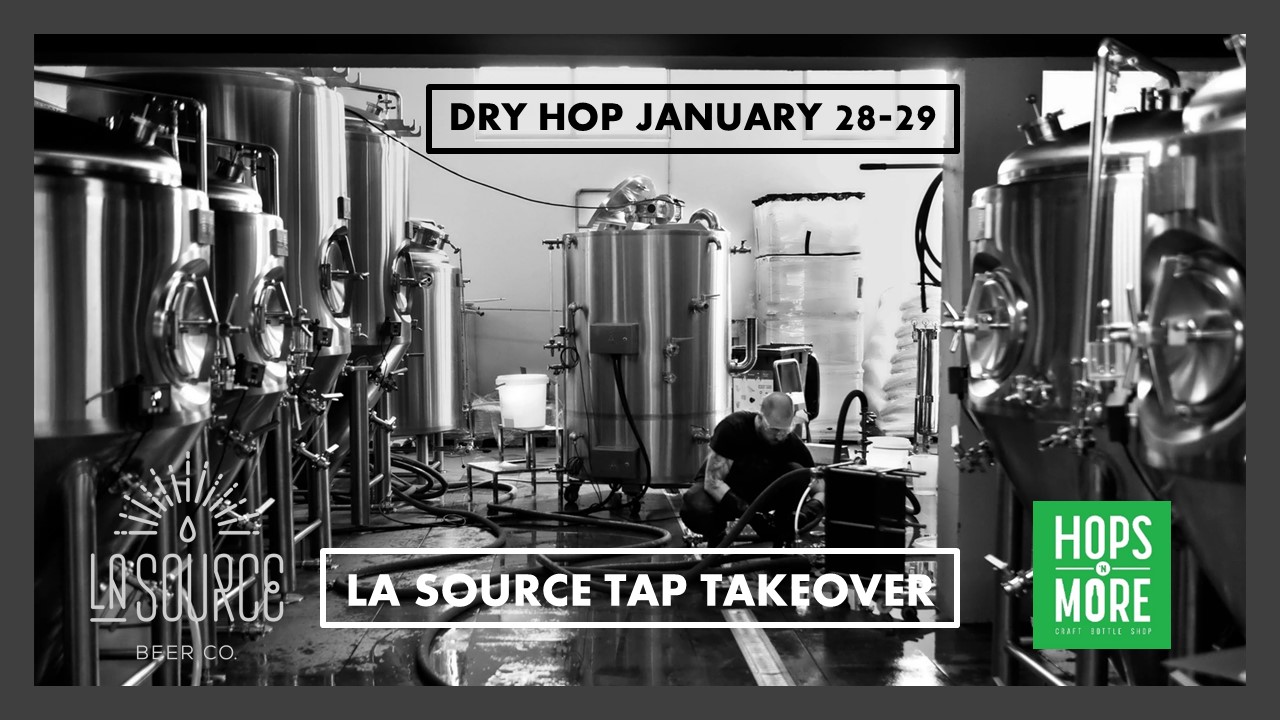 From day 1, La Source brewery from Brussels have earned a special place in the Hops N More hearts.
As one of our favorite breweries in Belgium, its time to dedicate an event to our BXL friends.
We will put 4 of our taps dedicated to La Source and we will have plenty new beers in cans as part of the DRY HOP January releases.
On Draft:
1. DRY HOP Session IPA
2. Auroch - Imperial Flanders Red aged in red wine barrels for a year
3. Grand Duc - Belgian Owl BA Imperial Wild Stout with dried figs
4. .... TBD Something from the DRY HOP series, only keg outside the brewery