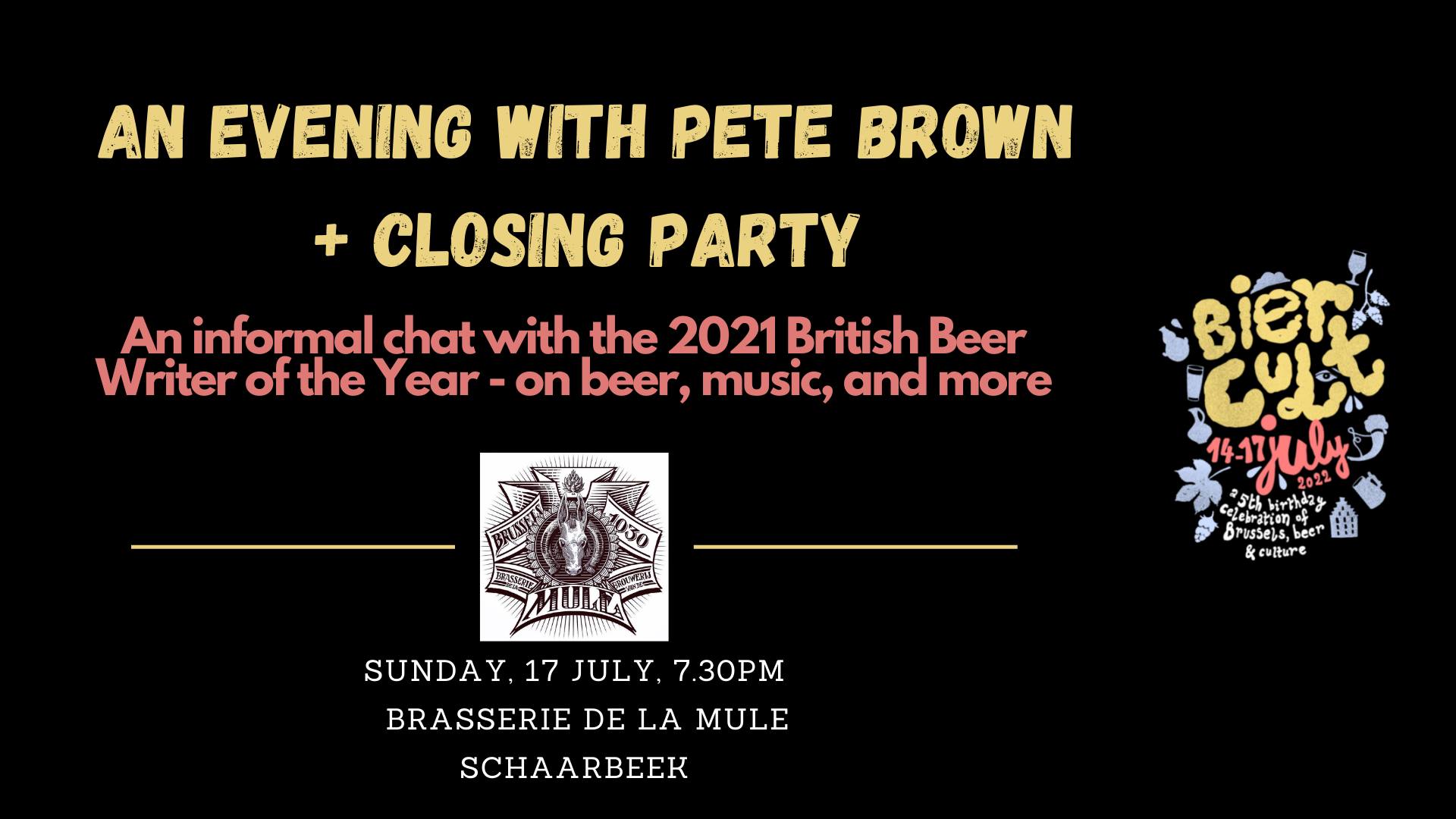 An Evening with Pete Brown + Closing Party
Talking beer, books, and Belgian beer with legendary writer
The Details
What?
To wrap up the BierCult weekend, we’ve teamed up with Schaarbeek’s Brasserie de la Mule and British author, journalist, broadcaster, and award-winning legend Pete Brown for an informal conversation and Q&A.
Over an engaging hour-long chat, we’ll cover:
- Pete’s journey from Stella Artois adman to beer evangelist
- How he ended up on sailing beer barrels halfway around the world
- The unexpected joys of pairing beer and music
- His abiding love of Belgian beer
- His quixotic efforts to define craft beer
- And his advice about making it in beer writing
Absolutely not to be missed!
Pete is a four-time Beer Writer of the Year, and his writing has won him three Fortnum & Mason Food and Drink Awards, among many other accolades. Pete’s first book, Man Walks Into A Pub: A Sociable History of Beer, was published in 2003 and since then he has gone on to write 11 more books about beer, pubs, brewing, cider, and British cuisine. His latest book - Clubland, about British working men’s clubs - was published in June 2022 and has already received rave reviews.
When?
Sunday 17 July 2022, 7.30pm
Where?
Brasserie de la Mule, 95 rue Rubens 1030 Schaerbeek
Why?
Part of the Biercult weekend of tastings, talks, and tours in locations across Brussels.
How?
No tickets required!