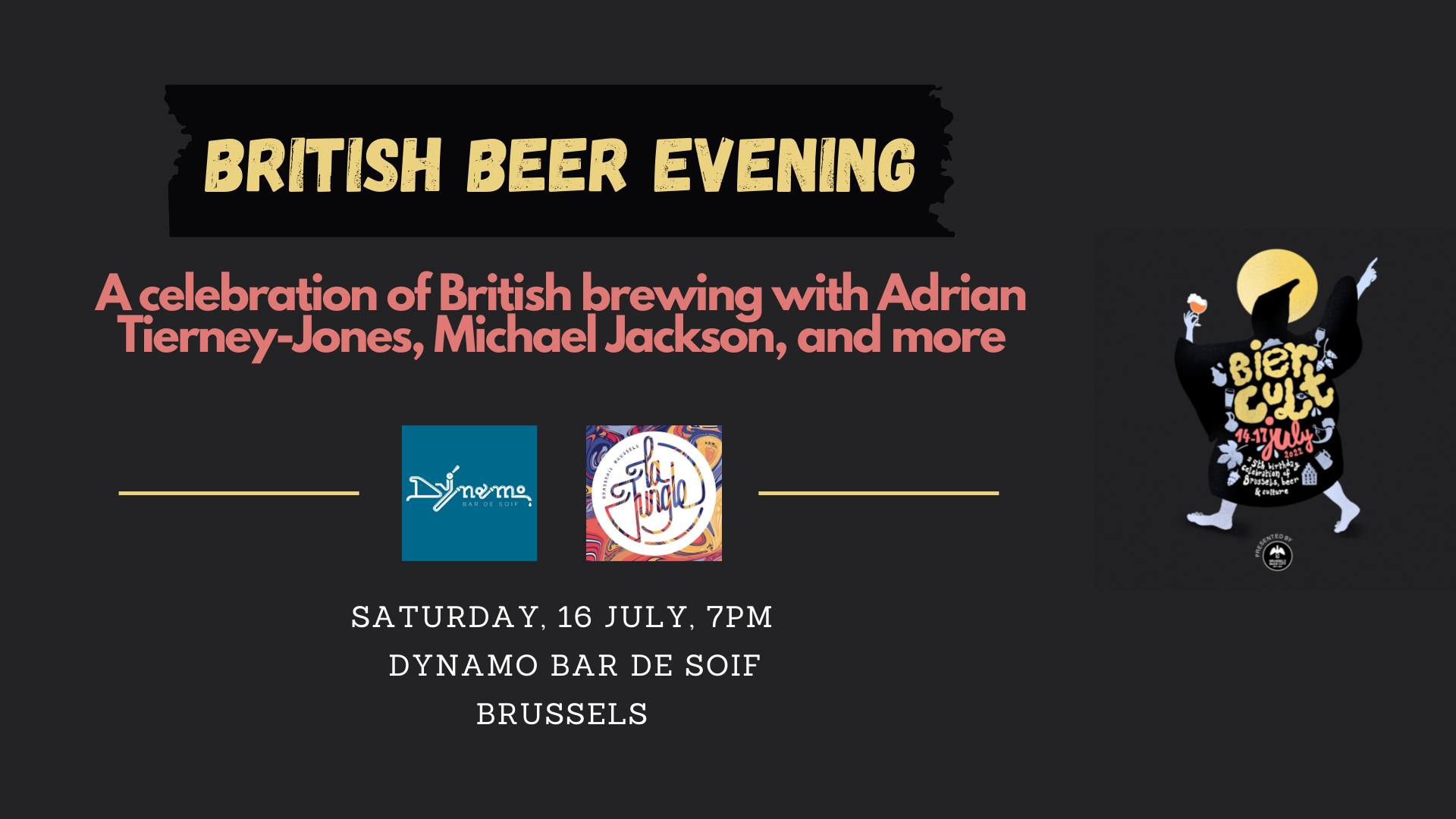 British Beer Evening
Celebrating the beers and brewing of Belgium’s neighbour - and biggest influence
The Details
What?
Is there any other country whose brewing industry has had such a consequential influence in Belgian - and Brussels - brewing than Britain? From the pre-WWI Pale Ales, Stouts, and Scotch Ales, to the impact of Michael Jackson’s late-20th century proselytising, and on to the modern-day influence of London’s thriving beer scene on their Brussels contemporaries - Belgian beer has often looked across the channel for inspiration.
To celebrate this cross-channel connection, Brussels Beer City, Brasserie la Jungle, and Dynamo Bar de Soif have teamed up for a night of British beer, featuring:
A conversation and Q&A with Adrian Tierney-Jones, award-winning writer and newspaper columnist, and author of the recently-published United Kingdom of Beer
A short screening of the “Best of British” episode from Michael Jackson’s 1989 The Beer Hunter TV series
A stellar tap line-up featuring locally-brewed English inspired beers from La Jungle alongside stand-out UK beers - and who knows, there might even be some cask ale too!
Special guests, and more…
When?
Saturday 16 July 2022, 7.30pm — 11pm
Where?
Dynamo - Bar de Soif, Chaussée d'Alsemberg 130, 1060 Saint-Gilles
Why?
Part of the Biercult weekend of tastings, talks, and tours in locations across Brussels.
How?
No tickets needed - just turn up on the night and enjoy the show!