Home›Évènements›Launch 'LifeCycle'. A collab with Half Acre Beer Co.

Launch 'LifeCycle'. A collab with Half Acre Beer Co. 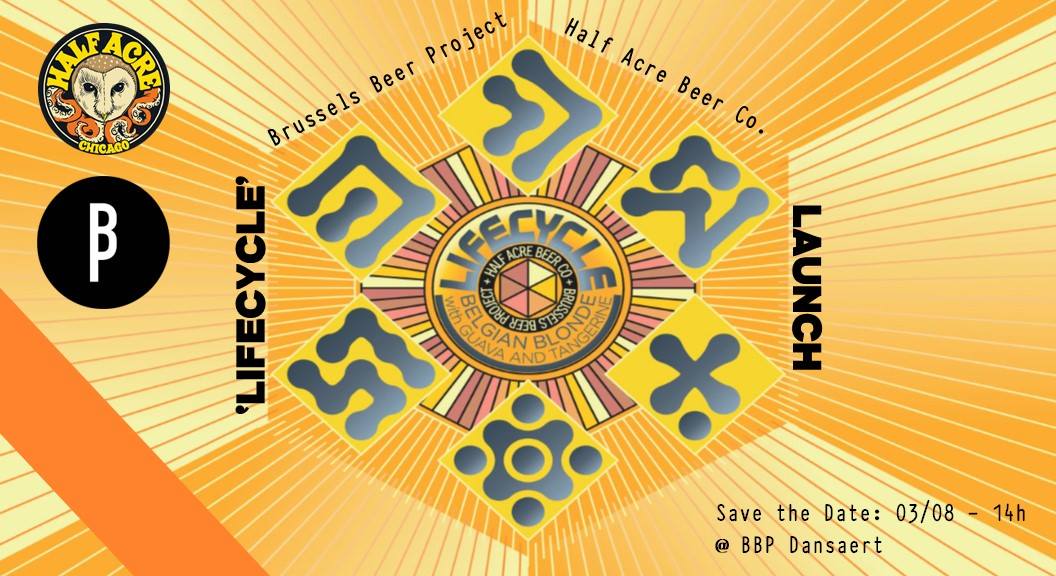 A few weeks back with had the privilege to brew a beer with Chicago-based brewery Half Acre Beer Company! This beer now made it from the "Windy City" to Brussels + some extra goodies... The 'LifeCycle' collab grasps the idea of the neverending exchange and influences between different brewing cultures. Half Acre is a brewery that's inspired by the Belgian beer culture and give those beer styles an American twist. BBP is definitely inspired by what the US beer culture has created in the last few decades. 'LifeCycle' showcases this intercultural inspiration with a 6% Belgian blonde, mind-meld of historically significant Belgian yeast with modern American grown Mosaic and Crystal hops, with tangerine and guava puree added during fermentation. Come try this collaboration on tap and take away some good looking cans! For the occassion we'll also add a few more Half Acre beers on tap, cheers!