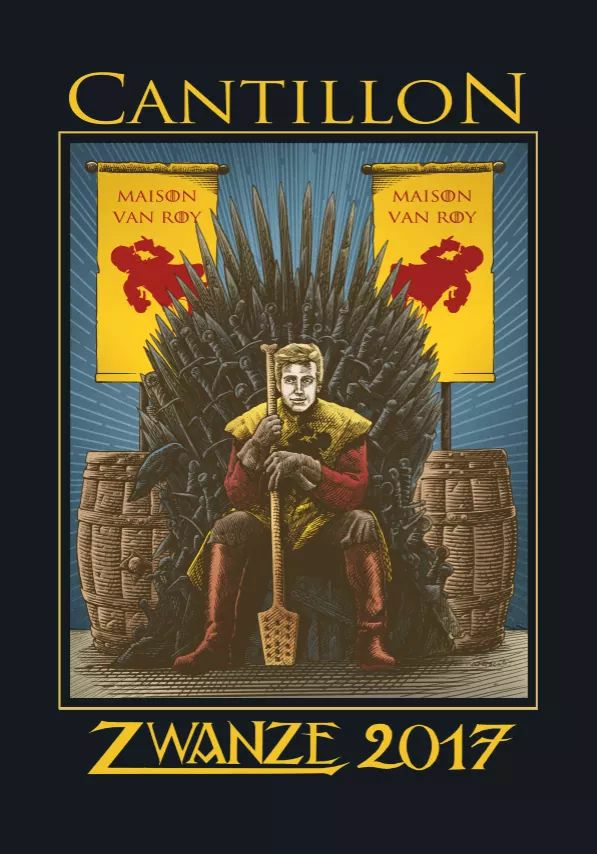 My youngest son, Sylvain, will be 18 come October. As we did for his older brother, Florian, I wanted to celebrate this milestone by dedicating a beer to him. And what better beer than the Zwanze.
I wanted to involve Sylvain in choosing the beer, and when I asked him what blend we could make. He told me : “ I love iced tea, could we try a blend with tea?”. After a superb tasting of several different types of tea at “Nong Cha” tea shop in the center of Brussels, we chose three teas for trial blends with Lambics. After a few days of maturation with 2 years old Lambic, we decided on a “Oolong” (Wulong), a semi-fermented blue-green tea. The Lambic-tea blend gave a great result. The beer was delicate and round, with notes of fruit and slight bitterness. Sylvain is a huge fan of “Game of the Thrones” wich inspired the graphics for the 2017 edition of our Zwanze. But in our version, no one dies and everyone has a good beer !